Created by Dr. Alister MacKenzie and opened in 1925, Cavendish is one of over 100 golf courses around the world that he helped to design. Particularly notable among these are The Augusta National and Cypress Point in USA, Royal Melbourne in Australia and of course, Cavendish, here in Buxton.

In 1923 the Duke of Devonshire requested MacKenzie to design an 18 hole golf course in Buxton and the link with the Cavendish family has remained to date. The course has retained virtually all of the features present in MacKenzie’s original design, making full use of the natural features and providing a true test for golfers at all levels of ability.

Not long by modern standards, it requires accurate play to the demanding greens, which have left many visitors longing for a return to our exciting course.

Cavendish exemplifies MacKenzie’s belief that “length has nothing to do with the quality of a hole”.

The abundance of wildlife such as buzzard, sparrow hawk, kestrel, deer and hares can be a distraction even to the most focused player, but we believe that it adds to the experience of playing in this quiet, private area of Buxton.

At the request of the Duke of Devonshire, Dr Alister MacKenzie was commissioned to design and build a brand new golf course in Buxton, on land specially selected for the purpose by the Duke. In 1925 the resultant course, widely regarded as ‘MacKenzie’s Masterpiece’, took the Duke’s family name ‘Cavendish’ and the course has been delighting golfers ever since.

Seven years after creating Cavendish, MacKenzie was asked by Bobby Jones, to design a brand new course on a disused fruit farm in Georgia, USA. The topography of this land had many similarities to the land he had found in Buxton and MacKenzie adopted many of the same design solutions he had used at Cavendish. Although the project nearly folded owing to financial difficulties, the resultant Augusta National has become the most celebrated and exclusive golf course in the world.

Whilst most golfers can never hope to play Augusta National, they can get a taste of the challenge by playing Cavendish, regarded as the ‘Inspiration for Augusta’. 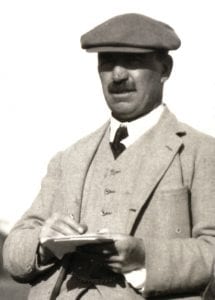 In March 2016, International Golf Architect, Jonathan Gaunt, created a technical paper which compared the two courses – hole by hole. The paper subsequently received exceptional exposure in the national golfing press and has generated huge interest in Cavendish and it’s place in golfing history. 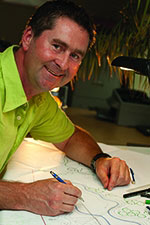