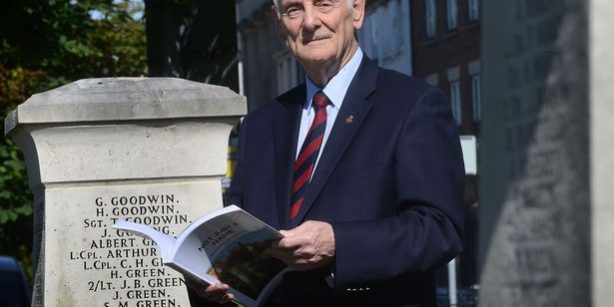 Harry, 82, has written five books about servicemen from Cheshire, Macclesfield and Norfolk who served in World War I and II.

In 2014 he started research into all named servicemen on all the war memorials in North East Cheshire. This resulted in a 662-page book, ‘For the Freedom of Us All’.

He then did the same in 2015 for the Macclesfield War Memorial; and in 2017 for other Macclesfield memorials for the Second World War and in 2018 for Honingham in Norfolk.

An ex-serviceman himself, he served with The Grenadier Guards, The Queen’s Company, in 1957 and has since raised money for charity, including for his local church, either through golf matches, choir concerts or through his work with Cheshire Villages Great War Society (CVGWS).

For each of his books, he has through research or newspaper articles obtained photographs of all the servicemen named on memorials.

Many congratulations from your many proud members and friends at Cavendish – very well deserved.