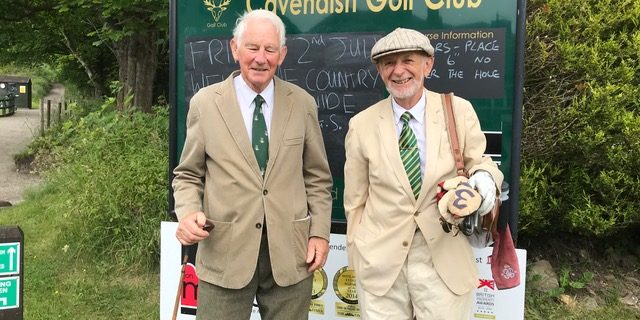 The Cavendish fairways, greens and club were once again enlivened by the arrival of members of The British Golf Collectors Society (BGCS) dressed in period golfing attire and many playing with antique hickory golf clubs. 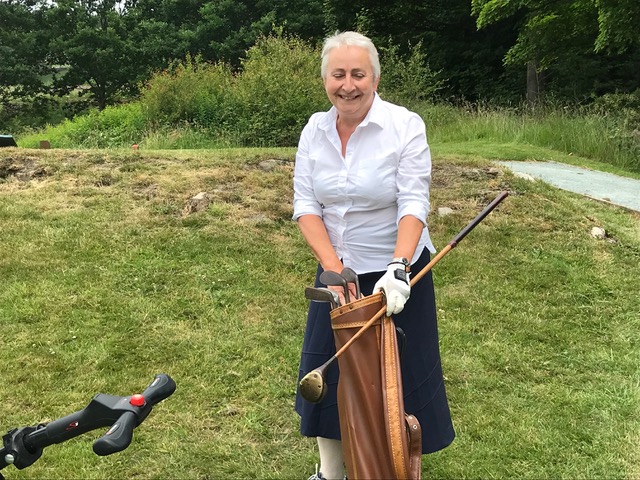 Friday was the 13th annual match between the Alister MacKenzie Society of GB & Ireland and the BGCS, organised by Cavendish Vice President and BGCS member Richard Atherton. The fixture is a firm favourite with the BGCS who are interested in the history of golf and seek out authenticity in golf courses. 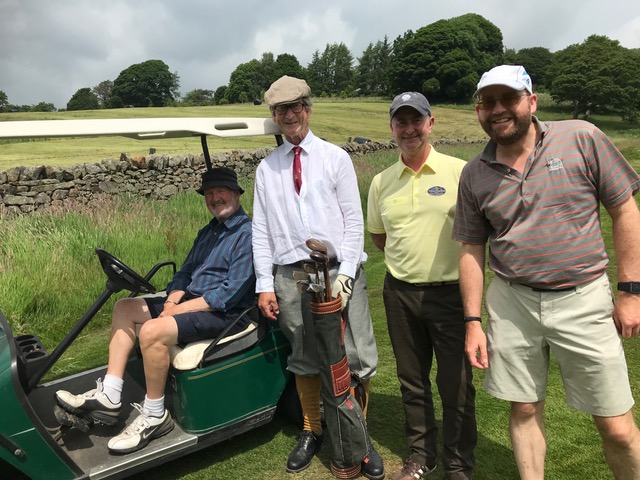 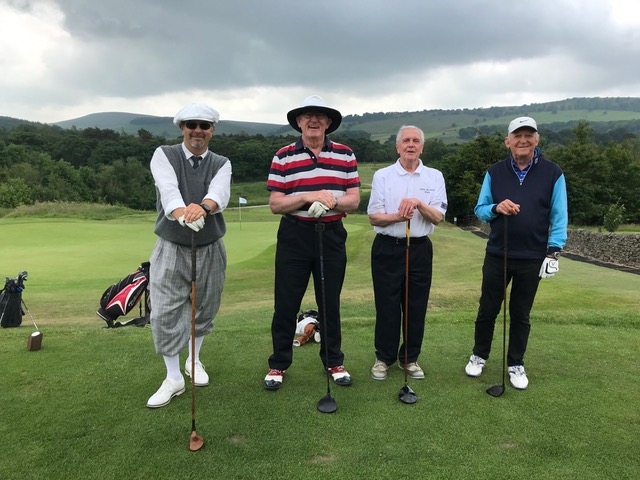 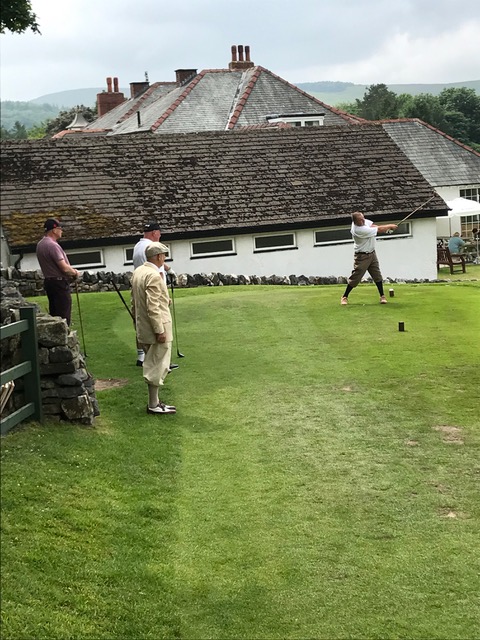 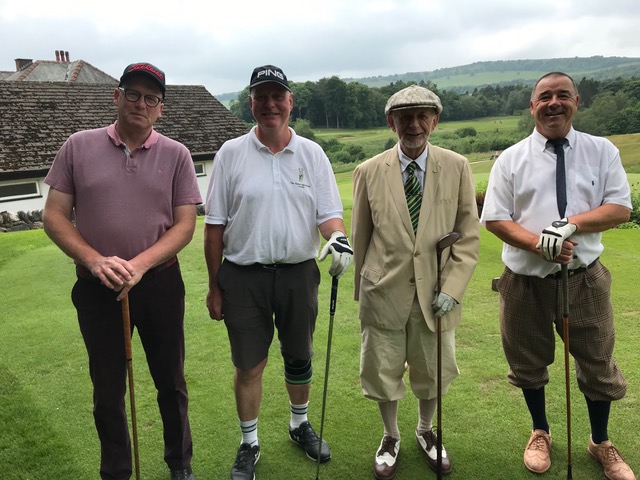 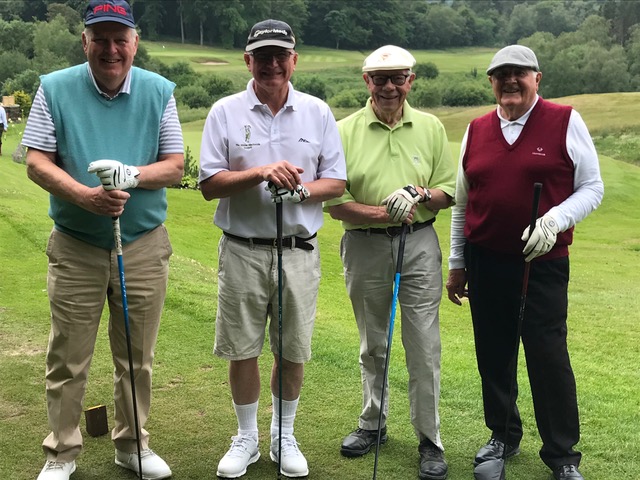 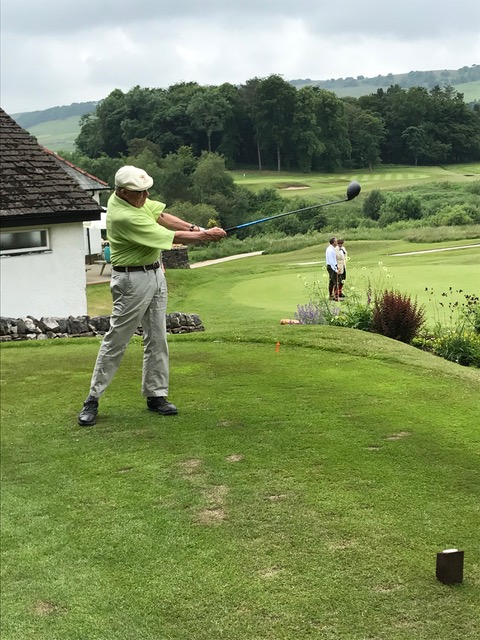 Cavendish’s authenticity is held in very high regard by the BGCS and the AMS alike, with Cavendish now the official home of the Alister MacKenzie Society.

With over 750 members the BGCS is a very large golfing organisation with members in clubs throughout the UK, Continental Europe and the USA.

The weather was perfect for golf and the course presented by Warwick and his team in immaculate condition. The match was 4 Ball Match Play off the white tees with a concession made for those playing with hickory clubs.

Hickory clubs proved to be more than a match for modern clubs in several of the games, but in the end the honours were even with a tied result.

A formal dinner followed the match where players were served with a delicious traditional roast beef meal (with an Italian twist!) followed by a ‘bags of fruit’ crumble and custard – you could imagine Dr MacKenzie himself being served such a meal in the 1920s! 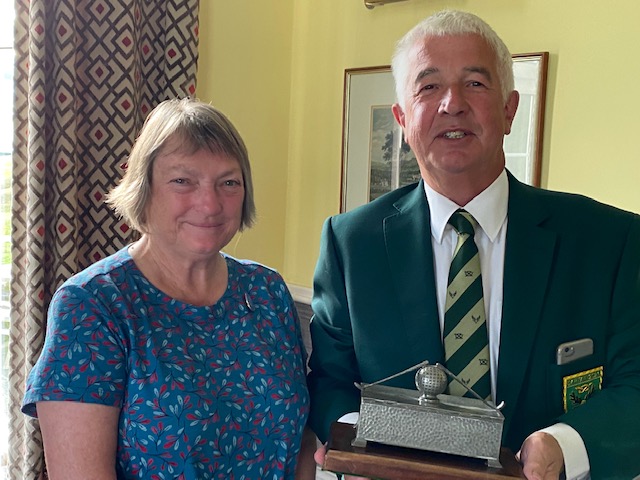 The two teams compete for a small antique trinket box called a ‘kist’ – pre-covid, this was last won by the Alister MacKenzie Society and with a tied result the AMS retained the honour.

In surviving photographs MacKenzie is regularly pictured with a cigarette between his lips or his fingers, so it is apt that the trophy is a 1920’s golfers’ cigarette box in hammered pewter. Balkan Sobranie anyone?

Speeches followed from current BGCS Captain, Carolyn Kirk from Canton GC, Richard Atherton, Cavendish Captain Pat Campbell (who had the honour of presenting the ‘kist’ to himself) and finally Cavendish Chairman Terry Hayward. Terry spoke briefly about the resurgence of the club from a near terminal financial position in early 2020 to the present robust health. Plans of the progressive restoration of the course leading up to the centenary in 2025 will fully respect MacKenzie’s accomplished design and reinforce the ambition to make Cavendish the most enjoyable and finest 18 hole course worldwide under 6,000 yards.

Meanwhile, the ‘kist’ remains in the safe keeping of the AMS for the next 12 months …

The British Golf Collectors Society was founded in 1987 with the aim of promoting interest in the history and traditions of golf, and collecting items associated with that history. Current membership is in excess of 750 based in all regions of Great Britain and abroad, particularly Continental Europe and the United States.